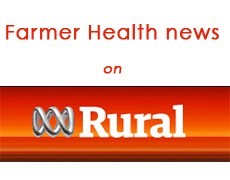 It came “at the death knock”, but an ailing farmer health centre based in Victoria, has received $625,000 in joint funding from Victorian and Federal Governments.

The Hamilton-based ‘National Centre for Farmer Health’ has been campaigning for government support since its core funding ceased in 2012.

The centre is run out of Western District Health Service (WDHS), in partnership with Deakin University.