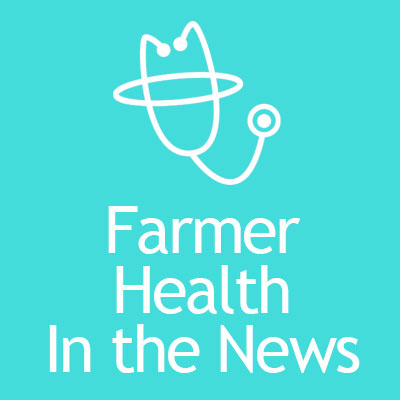 Health has been a common topic around the Henty Machinery Field Days this year – right up there with the weather, prices and a super spring.

Iconic Australian sporting figure David Foster was happy to talk about health, especially men’s health, from his post at an oil company stand.

Foster said Australian men, especially those over 40, needed to get regular health checks – an annual grease and oil change and tune-up for the body.

“When I do my wood chop I ask people over 40 years of age if they go for a regular checkup,” Foster said.

“My dad died at 61, he never went to the doctor. It is important for us guys to look after ourselves and we should talk about it.”

Mental Health communicator Mathew Johnstone was a speaker at The Stump at the Field Days on Wednesday, and was also the guest speaker at the official lunch.

Mr Johnstone said the stigma of mental health must be broken so it was as accepted as other illnesses, or a broken leg.

“It’s all about starting the conversation because a lot of people suffer unnecessarily and I think primarily in rural communities, who are not only isolated by the land but also by the culture,” he says.

“If you’re in trouble, never be afraid to stick your hand up and ask for help because the only shame is that you’re going to miss out on life.”

This is a positive sign for rural communities as NSW prepares for Mental Health Month in October.

Dairy Australia deputy chair Simone Jolliffe said after officially opening the Field Days on Tuesday many dairy farmers were under immense pressure and said it was clear neighbours were looking out for each other emotionally.

It is where programs such as “Look Over the Farm Gate” – supported by the Victorian Farmers Federation, Royal Flying Doctors Service Victoria, Country Fire Authority, Country Women’s Association, National Centre for Farmer Health and the Victorian Government – play such an important role.

He helps by delivering food hampers and stockfeed but also taking a phone call at 11pm from someone who just needs to talk.

And starting that conversation about health can be the best medicine for our wellbeing in the long term.